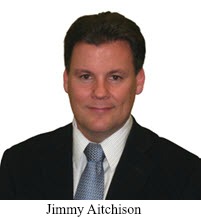 On September 19 approximately 1,100 attendees attended the Diocese of San Diego’s annual Church Ministers Conference. Jimmy Aitchison, a spokesman for St. Gianna Physicians Guild, delivered an update on physician-assisted-suicide in California and a Catholic perspective of end of life issues.

Bishop Robert McElroy noted that this year’s theme “Called to Be Disciples of Christ” was inspired by the account of Jesus’ first encounter with Simon and Andrew, when He called them to drop their fishing nets, follow Him and become “fishers of men.”

The goal of the conference was to equip those who attend, with skills and determination that will make them more effective. Bishop McElroy said that “as we work in our ever-changing culture, as we encounter those in need, and as we do so with a passion that will lead us into new arenas of evangelization with renewed confidence.”

Mr. Aitchison’s presentation addressed the state of aging in America and readiness levels across government, church and family to address it. He gave an update on California legislative efforts to pass aid-in-dying “Death with Dignity” reform, and the ramifications of such immoral legislation.

He showed the role of Faith and the Faith Community's responsibility to take such an apparently looming crisis and create opportunity to teach and clarify the truth about the sacredness of life. He developed and showed in a clear and captivating way the Church’s positions in highlighting the importance of observing the Fourth Commandment to “Honor Your Father and Mother” and what it means to "Be Faithful Even Unto Death."