Judge: California Hospital Doesn't Have To Do Tubal Ligation 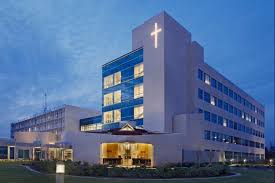 A California Catholic hospital is not engaging in sex discrimination by denying a woman's request for the sterilization procedure known as tubal ligation, a San Francisco judge said in a tentative ruling.

Superior Court Judge Ernest Goldsmith said in his decision Wednesday that Rebecca Chamorro could get the procedure at another hospital, and that Mercy Medical Center's policy against sterilization on religious ground also applies to men.

Pope Francis to doctors: never commit abortions or euthanasia, even if that means civil disobedience 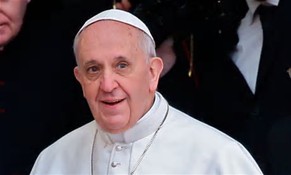 “To play with life is a sin against the Creator,” and doctors must make the “brave choice,” even up to the point of civil disobedience, never to commit abortion or euthanasia, Pope Francis said in an address on Saturday. “There is no human life more sacred than another: all human life is sacred!” the pope said.

Suffering and pain have a purpose that we cannot fully understand. The pain of a terminal illness does not justify the use of lethal drugs, which is an affront to human dignity and would make physicians explicitly violate their Hippocratic Oath by being active participants in killing.

None of us would wish suffering and pain on our loved ones. But it happens. There is no escaping it. And yet, SB-128, the “End of Life Option” Senate Bill, would propose that there comes a point when, in essence, “some lives are not worth living”, such as lives wracked with a painful, terminal illness. The bill proposes that in such instances, the terminally ill person may request physician prescribed medications for the purpose of ending his or her life. “Death with dignity” and “compassionate care” are terms used to describe such a seemingly merciful final disposition for the patient. But under the layers of this outwardly compassionate premise lies a bill that is deeply caustic and damaging for patients, society, and the practice of medicine.

Cardinal Raymond Burke, Cardinal Prefect of the Supreme Tribunal of the Apostolic Signatura, sent a written message of support to St. Gianna Physician’s Guild over the weekend encouraging Catholics to sign the organization’s online petition (www.StopTheBirthControlMandate.org) to protest the assault on religious liberty that is happening under ObamaCare. The petition has steadily gained momentum since its launch last August seeing the number of signatures more than double since January 20th. This is after the Department of Health and Human Services released a statement confirming that the mandate would go into effect as scheduled on August 1, 2012. An extension of one year was given to Catholic institutions and other entities to comply.  This mandate does not provide a conscience clause for institutions and others who believe contraception and sterilization are immoral.