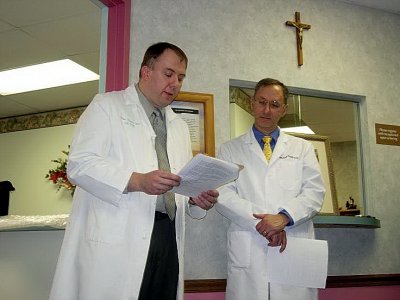 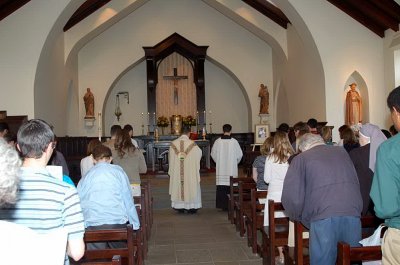 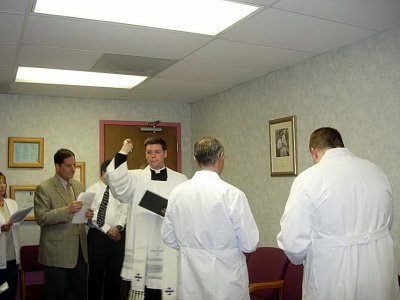 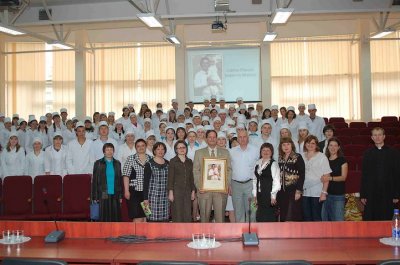 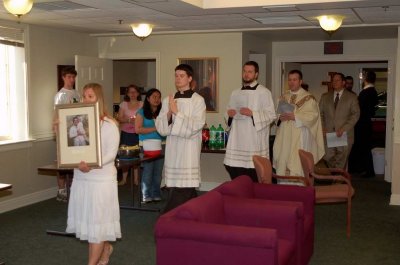 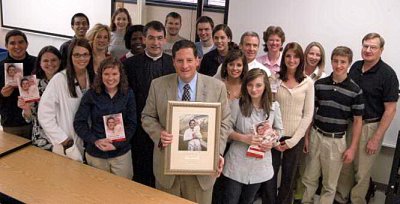 Learn about our Enshrinement Program

What is an Enshrinement? An Enshrinement is a ceremony presided over by a priest or a deacon where a framed picture with a relic of St. Gianna Beretta Molla is placed in a physician’s office, medical center, hospital or other health care facility. It is an occasion to introduce people to the life and virtues of St. Gianna and the work of the St. Gianna Physician’s Guild.

What obligation does the physician have? To host an Enshrinement, the physician must become a member of the Guild and sign the St. Gianna Physician's Hippocratic Oath. This may be done online. During the actual Enshrinement ceremony, there is a part where the Oath is read out loud then signed by the physician. Some physicians have shared with the Guild that they frame the signed Hippocratic Oath and place it next to the St. Gianna picture in their office to share their commitment with their staff and patients.

Why do an Enshrinement? A picture of a Saint hanging on the wall serves as an inspiring model for physicians to imitate and to inspire them in the practice of medicine and Faith. It also serves as a way to bring up discussion of holiness and hope in patients, staff and others who see the picture and ask about the story behind it.

Who attends? Physicians, their families, staff, fellow physicians as well as patients and friends may attend.

Where is the frame placed? Ideally, in a prominent place visible to the public, like a waiting room or lobby. Alternatively, it can be placed in a hall, personal office or in the physician’s home.

Do we serve refreshments? It is not necessary to provide refreshments but following the ceremony people usually enjoy visiting with others who attend. Many times it is the first opportunity for those who share the profession of medicine to meet others who also share the same Faith.

How do I promote the Enshrinement Ceremony? First, the priest or deacon should be contacted and a convenient date and time chosen. Then family, friends, staff, patients and colleagues are invited to attend. Evenings are usually better so that people have time to arrive after work. Physicians have shared with the Guild that Friday’s at 7:00 PM tends to be a good time for everyone.

How do I order more products? You may visit the Store on the St. Gianna Physician's Guild website.